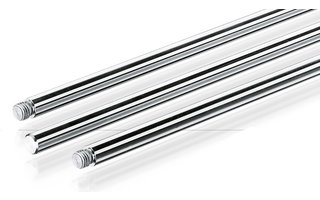 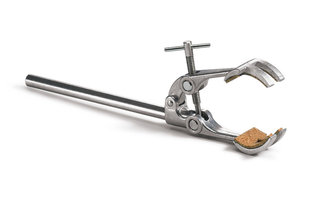 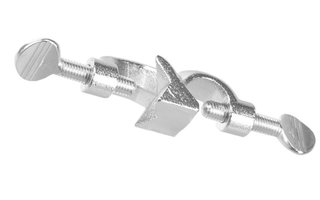 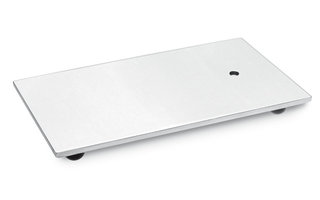 In the lab, a Retort stand, also called a clamp stand, a ring stand, or a support stand, is a scientific device designed to support other devices and glassware - for example, burettes, test tubes, and flasks.

The typical Retort stand consists of a heavy base and a vertical rod, both usually made of metal. A number of accessories, such as clamps of various types and iron rings, can be attached to the bar with thumbscrews, at all heights and orientations necessary to support the target equipment.

Retort stand usually have a cast iron base measuring approximately 200 x 125 mm. The rod may be a maximum of 750 mm and is screwed into an internal thread in the base. The height of the rod is sufficient for most experiments and usually fits fume hoods and glove boxes. If a larger rod is needed, the solid base is usually replaced with a Retort stand for stability when supporting larger devices such as extremely large tubes, bulk chemical bottles etc. The height can be adjusted by checking the attached point of the stand and testing. move. tube. The base lowers the center of gravity of the stand, increasing stability.

Retort stand are widely used in the chemical laboratory. They are used, for example, for distillation experiments (such as organic distillations) and titrations (holding a burette). They are also used as carriers in filtration.