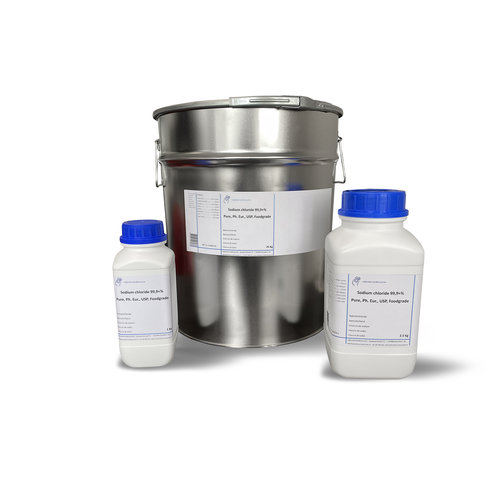 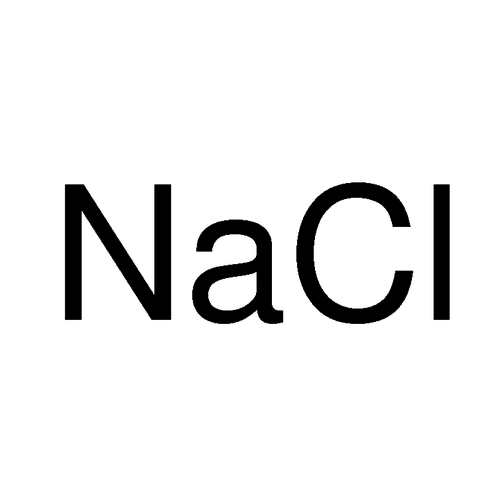 This sodium chloride is very pure and of pharmaceutical quality (ph. hour) and contains no anti-clotting agent or other additives

Sodium chloride is the most important mineral for humans and animals. An adult human body contains about 150-300 g of Sodium Chloride and loses 3-20 grams every day, which must be replaced. It was mined for this in prehistoric times and remained a precious commodity for a long time.

road salt
Rock salt is used as de-icing salt (road salt) in winter at moderately freezing temperatures, sometimes with additives to maintain fluidity. In Germany, road salt was colored to prevent its use in food preparation. However, with the abolition of the salt tax on 1 January 1993, this has become obsolete. Before spreading, brine is also added to produce more suitable moist salt.

Virtually any salt used commercially, technically, or industrially that does not fall into one of the other three categories is called industrial salt. Salt for food preservation is considered industrial salt, although it is consumed in small amounts. The spectrum of industrial salt is therefore very large and varies from coarse, crude rock salt to high-purity sodium chloride and sterile preparations for chemical, pharmaceutical and medical purposes. Depending on the use, a wide variety of additives are also added.

Livestock salt is added to the feed of farm animals such as cattle, sheep and goats (unpurified, denatured rock salt, possibly with other mineral salts as additives). This increases their appetite and contributes to overall health.

There are also known licks, which are used in zoos, in livestock farming, in domestic and companion animals and for wild animals.

Salt is traditionally used for preserving foods such as meat, fish (such as salted herring), vegetables (sauerkraut), etc. The osmotic action of the salt removes moisture from the home. This removes the base of water for harmful organisms, but also kills germs and pathogens.

Soaking vegetables (such as pickled cucumbers, olives) in brine uses the germicidal effect.

Cheese is prepared in salted water before ripening and brined with brine during the ripening process to keep the rind dry.

Salt is used as a regeneration salt to soften water in dishwashers and water treatment systems. In cold mixtures it is mixed with water.

Salt is also an indispensable raw material for processing and dyeing leather.

In the manufacture of dishes and other ceramics, the traditional salt glaze is created by adding moist salt at a high temperature. The sodium ion of the table salt dissociated in the furnace atmosphere combines with the silicates of the clay to form a permanent glaze. However, the salt is aggressive at the application temperatures (1,200 °C and above) and damages the oven interior (the thermal insulation on the fire side), which must therefore be replaced more frequently.

The ionizing effect of the salt is used in metal processing.

In modern medicine, a 0.9% solution of sodium chloride in water is used as a carrier solution for drugs.

In ancient times and in the Middle Ages, salt-based medicines were considered effective remedies. The skin of newborns was rubbed with salt to strengthen it. It was used in wound dressings, plasters, ointments, powders and baths. Particular importance was attached to the drying and warming effects of the salt.

In the Middle Ages, salt was also used for the external treatment of ulcers and wounds, as it was considered to be astringent, cleansing and soothing.

Salt was sprinkled into wounds to prevent inflammation - a sometimes very painful procedure that has made its way into the German language in a corresponding phrase ("sprink salt into open wounds"). Pure salt destroys all cells via osmosis - including pathogenic microorganisms such as bacteria and fungi, as well as the cells of the injured. This form of disinfection is therefore double-edged, as is the burning of wounds. The same mechanism of action prevented foods stored in table salt from spoiling, i.e. being broken down by microorganisms.

Brine baths are still used as a remedy. Spa resides by the sea or in salt air near salt pans and formerly also in salt mines to treat respiratory diseases. Where this is not possible or too expensive, inhalation devices are used in which saline aerosol is inhaled.

Saline is also used for nasal irrigation and gargling. An isotonic saline solution is used for rinsing the nose, because normal water would swell the mucous membranes through the osmosis.

Crystalline sodium chloride is sufficiently transparent to use light with wavelengths between 0.21 and 25 µm for optical elements. Lenses, prisms and windows suitable for both the visible range and the near to mid-infrared are therefore made of sodium chloride. Due to the water solubility of sodium chloride, optical elements of this material are damaged by moisture. However, this can be avoided if their temperature is kept above the ambient temperature. For this reason, stoves are often integrated into the brackets used. Sodium chloride windows are often used as Brewster windows for high power pulsed CO2 lasers, as well as in other areas. In infrared spectroscopy, it is compressed into tablets as a carrier for test samples. 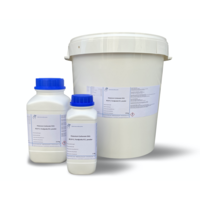 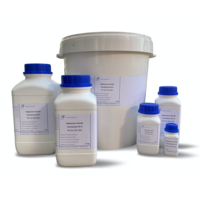 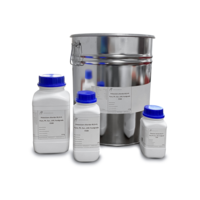 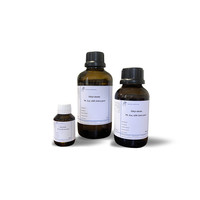 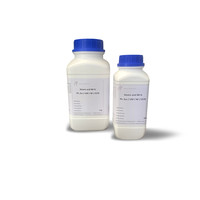